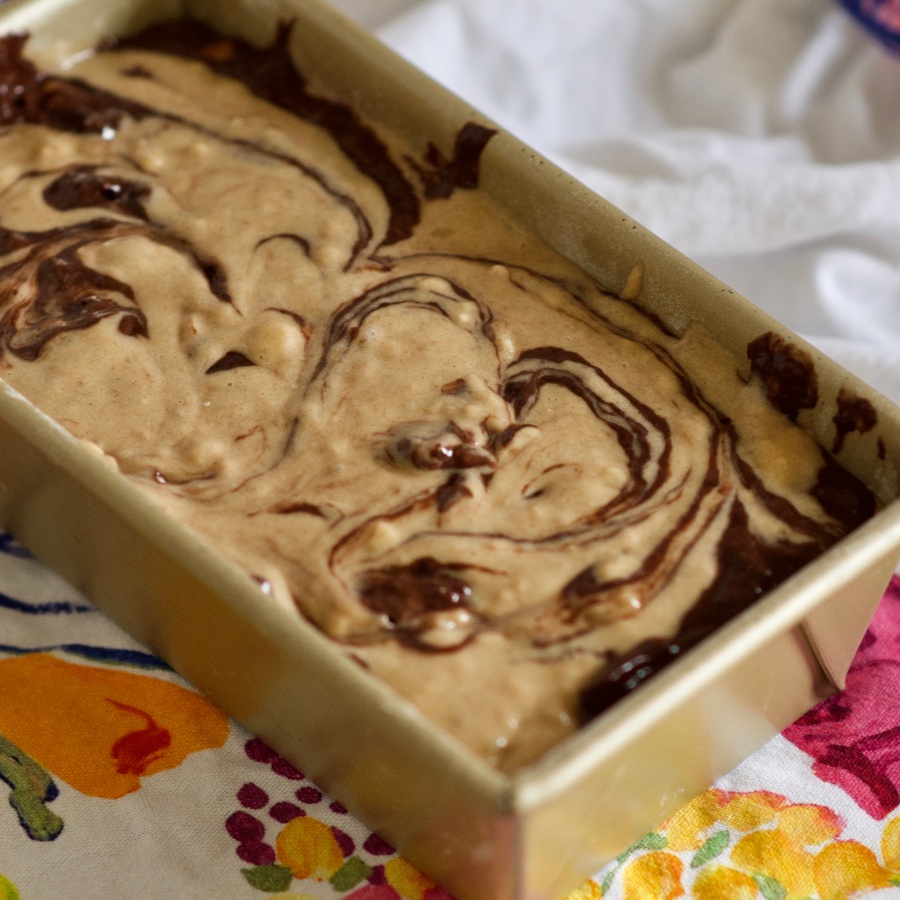 Do you ever get tired of making the same thing over and over again, even though it’s really good? That’s how I feel about banana bread.

I love the look of marbled cakes, so I decided to create a marbled banana bread, and flavoured it with chocolate and cinnamon. I used two teaspoons of cinnamon so that the scent would really come through, but the cinnamon could easily be reduced or omitted.

Adding walnuts to the cocoa batter and chocolate chips to the cinnamon batter would be a great way to add to the marble effect.

The cake is moist and light and very satisfying to make, have fun with the swirls. 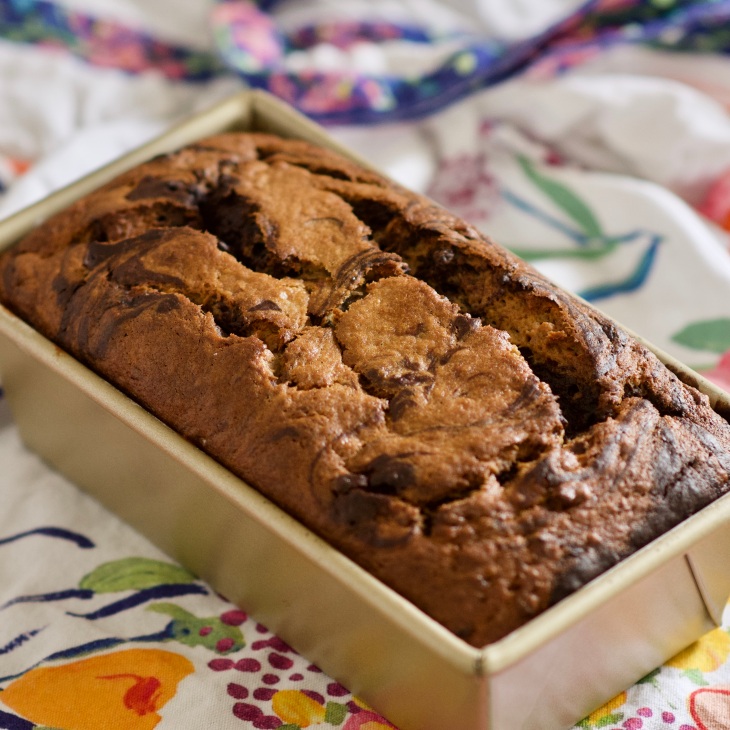 View all posts by sweetandpea